THE GOAL OF AMERICAN SEPTEMBER

American September is a documentary film project and educational archive presenting September 11th stories from all fifty states and Washington D.C.  All interviews will be available on their respective state's webpage in addition to a collection of written memories.
If you have a story you feel is worth telling, I want to hear it.
Millions of Americans have stories to share and I will be honored to archive them here through American September.

​​
My interest in 9/11 history actually started in August 2005 when Hurricane Katrina came to my coastal town Long Beach, Mississippi.  My family and I left before the storm hit, Mom told me to take a good look at all of the old houses along the beach highway because they wouldn’t be here when I got back.
​
When it became clear just how bad the damage was, my family made a road trip out of our exodus.  Mississippi to Mobile, Alabama then to Raleigh, North Carolina then to Washington D.C. and finally Sylvan Lake, Michigan where my grandparents lived.  I got to see a lot of the country.

​When we were in Raleigh with my Aunt and Uncle, news footage of Katrina was playing.  No one wanted to watch it so we changed unknowingly to a channel playing footage of the 9/11 attacks - it was early September so a lot of channels were airing remembrance specials.  I was six when 9/11 happened so while I remember the attacks and their aftermath, this was the first time I had seen the footage. In D.C. we stopped at the Smithsonian and saw a beam of the World Trade Center on display.  I looked at the picture of the old buildings behind it more than the beam itself.

When I finally got to Michigan, I had no school to go to or friends to keep me occupied.  Like most kids with nothing to do, I returned to the television - one of those old black box CRTs my grandparents had in the basement atop a shelf of Mickey Mouse VHS tapes.  But I wasn’t down there to watch the tapes.  It was still September and the footage was always on. It was realer to me then than it was before.  I watched a lot of footage in that time away from home.

When I did return home, I saw Mississippi differently too. Everything beachfront was gone or gutted, almost nothing south of the railroad tracks was untouched by water, and barbed wire lining those tracks cut me off from half of my own town.  Our house was fine, just a few trees down and a blue FEMA tarp over the roof.  When it became safe enough to visit the waterfront, I went with my father and brother to visit what used to be our church.  The whole building was picked up and carried off north, only a concrete slab remained.

As I stood in the spot, I asked my father, “When I’m older and leave Mississippi will people understand when I tell them about this?” And he said, “No.”

​I realized why I spent all those lazy days in Michigan watching that footage.  I wanted to understand.

That’s why I’ve made American September.  All of America has a story to tell about a moment we shared, when our humanity was tested and the course of our future changed forever.
There was a moment when all of America was under the same clear, blue sky. 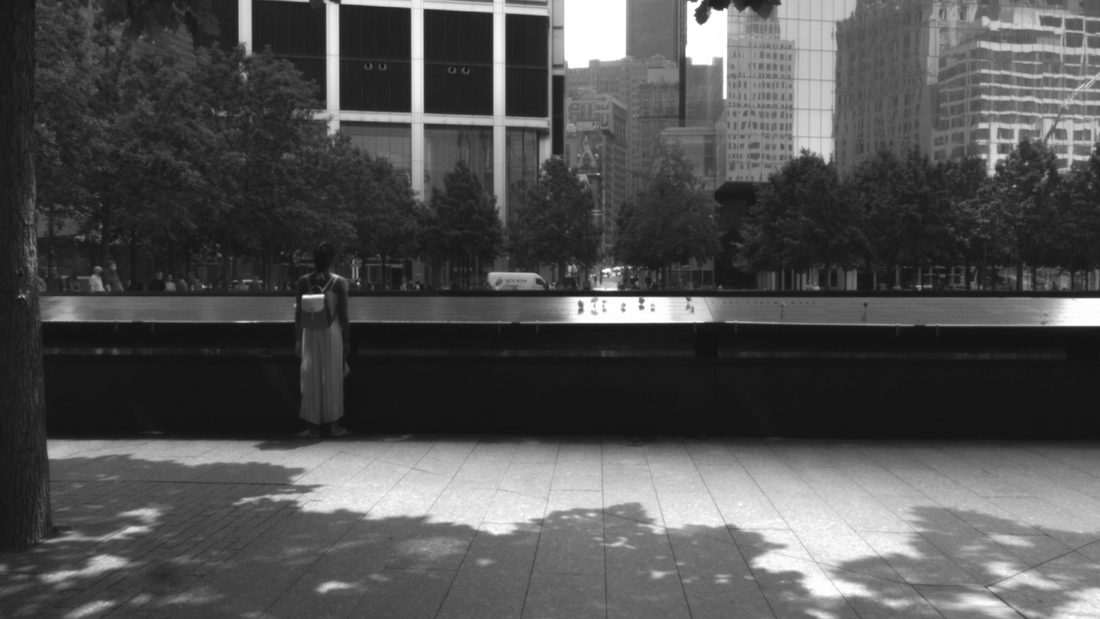